ACM President Cherri Pancake has announced that the ACM Digital Library will be open to all through to the end of June 2020.

“We believe that ACM can help support research, discovery and learning during this time of crisis by opening the ACM Digital Library to all,” she said, adding that no fees would be assessed for accessing or downloading work published by ACM.

“We hope this will help researchers, practitioners and students maintain access to our publications as well as increasing visibility and awareness of ACM’s journals, proceedings and magazines. As the Coronavirus/COVID-19 pandemic continues, we at ACM would like to do what we can to help support the computing community,” Pancake said, acknowledging that many computing researchers and practitioners are now working remotely, and teaching and learning have also moved online as more and more campuses close.

ACM has named David Silver of University College London and Google’s DeepMind the recipient of the 2019 ACM Prize in Computing for breakthrough advances in computer game-playing. 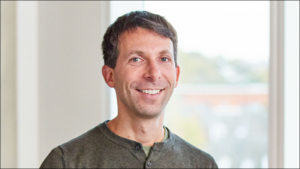 Silver is recognised as a central figure in the growing and impactful area of deep reinforcement learning. His most highly publicised achievement was leading the team that developed AlphaGo, a computer program that defeated the world champion of the game Go, a popular abstract board game. Silver developed the AlphaGo algorithm by deftly combining ideas from deep-learning, reinforcement-learning, traditional tree-search and large-scale computing. AlphaGo is considered a milestone in artificial intelligence research and was ranked by New Scientist magazine as one of the top 10 discoveries of the last decade.

Silver is a Professor at University College London and a Principal Research Scientist at DeepMind, a Google-owned artificial intelligence company based in the United Kingdom. 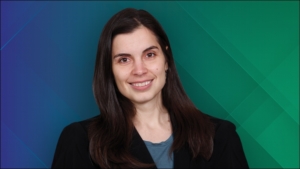 An Associate Professor of Computer Science at Carnegie Mellon University, Balcan has undertaken influential and pioneering work in machine learning which has solved longstanding open problems, enabled entire lines of research crucial for modern AI systems, and has set the agenda for the field for years to come.

The ACM Grace Murray Hopper Award is given to the outstanding young computer professional of the year, selected on the basis of a single recent major technical or service contribution. This award is accompanied by a prize of US$35,000, funded by Microsoft. The candidate must have been 35 years of age or less at the time the qualifying contribution was made.

ACM has named Sarit Kraus the 2020-2021 Athena Lecturer for foundational contributions to artificial intelligence, notably to multi-agent systems, human-agent interaction, autonomous agents and nonmonotonic reasoning, and exemplary service and leadership in these fields. 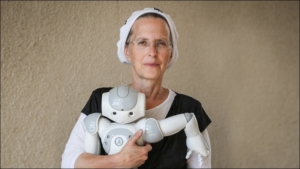 A Professor of Computer Science at Bar-Ilan University in Israel, her contributions span theoretical foundations, experimental evaluation, and practical applications. Multi-agent systems are regarded as vital to the increasingly complex challenges within artificial intelligence and have broad applications in a number of areas.

Initiated in 2006, the ACM Athena Lecturer Award celebrates women researchers who have made fundamental contributions to computer science. The award carries a cash prize of $25,000, with financial support provided by Two Sigma. The Athena Lecturer gives an invited talk at a major ACM conference of her choice. 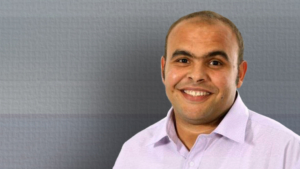 Technology developments in Southeast Asia, Oceania, and Asia-Pacific countries including Japan and Korea are highlighted in this special section of the CACM April issue. 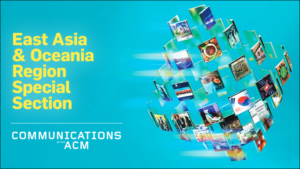 The inventive minds of the researchers and practitioners in the region have put computing technology to great use as illustrated in diverse applications ranging from preserving cultural heritage to services designed to enhance the digital economy.

Trends include advances in 5G, research in program analysis and trustworthy computing, and government initiatives in artificial intelligence and healthcare.

This section is free to read in the ACM Digital Library: click on the Table of Contents and scroll to the middle of the page to access the articles.