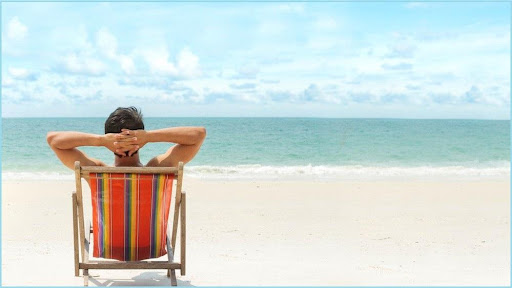 Tech workers are increasingly looking to find purpose in their jobs and a more sustainable workload, and the “quiet quitting” phenomenon can be seen as a positive for the sector, according to a number of experts.

The concept of quiet quitting emerged as a trend on TikTok in recent weeks.

It involves workers simply switching off their devices and logging off after work hours, shifting focus away from work and towards personal lives.

The ongoing pandemic has seen Australians re-evaluating the role and position of work in their lives, with a rise in burnout due to a lack of separation from work while working from home and the “great resignation” continuing.

TikTok videos on the topic shows users explaining how they’re less worried about going above and beyond at work and putting their employer above all else, at the sacrifice of their mental and physical health.

This sees employees closing their laptop right at 5pm and muting their Slack notifications and emails.

TikTok user Zaid Khan, an engineer from New York who coined the term, said it’s about putting yourself above the job.

“You’re quitting the idea of going above and beyond,” Khan said. “You’re still performing your duties, but you’re no longer subscribing to the hustle culture mentality that work has to be your life.

“The reality is it’s not. And your worth as a person is not defined by your labour.”

Quiet quitting was also picked up by TikTok user @loewhaley, who has 2.4 million followers.

“I don’t know who needs to hear this, but your paycheck stays the same whether you spend your weekend thinking, worrying about work or not,” she said in a video that has had more than 3.5 million views.

The concept is similar to the “laying flat” movement in China which emerged last year, with people taking a break from work after burning out from working long hours during the pandemic.

In the tech sector, quiet quitting can be seen as a rejection of the “hustle culture” common in many startups, and of employees still wanting to find meaning and actively contribute to work, but in a way that doesn’t hamper the rest of their life.

This concept is not necessarily a new one, and can likely be seen as a result of the global pandemic forcing people to work from home and blurring the lines between work and personal life.

“It could be people who are just rocking up, doing the bare minimum and then leaving – like a ‘go slow’ approach,” Hamman said. “Or it’s people just not completely killing themselves and actually setting barriers.”

While the former is a serious issue for the individual and the company, the latter is something that should be increasingly embraced by the tech sector as a positive, and something that can help to avoid burnout and set a workplace’s culture apart from the rest.

According to Culture Amp’s research, three-quarters of tech workers are still engaged at work, while 72 per cent report being motivated at work.

These figures in the tech sector are significantly higher than estimated in the general workforce.

But while previously the drivers for this have been focused on leaders, resources and career growth, it now revolves around the work being meaningful for the individual.

“People are more likely to leave and not go above and beyond if meaningful work is missing,” Hamman said.

“This has become more important during COVID – people have stepped back and started to question things. What we’re probably seeing is just people setting healthier boundaries.

“There’s a shift away from climbing up the hierarchy that normally meant showing up and doing extra weekends and working like crazy.

Steve Gilles, the founder of tech recruiting firm Lookahead, likened the concept of quiet quitting to the idea of ‘sustainable pace’ in Agile working.

“The sustainable pace is set by the company, so employees don’t need to quietly quit. It’s in the company’s best interest,” Gilles said.

“Building software is highly creative so you don’t get the best results when you hustle all the time. Our clients who genuinely run at a sustainable pace have much higher average tenures, and that reduced turnover helps teams ship more.

“Of course, there are times where developers need to work really hard to get a release out the door, or be part of an on-call roster in case apps go down in the middle of the night. But it’s temporary.”

Sustainable pace should be encouraged across tech companies, he said. “Living a balanced life where you are not your job is absolutely a positive thing,” Gilles said.

“You’re still performing your duties, but you’re no longer subscribing to the hustle culture mentality that work has to be your life.”

Lookahead walks the walk too, with all employees working a four-day week and having Fridays off.

“I want remarkable people on the team and people like that usually live interesting lives,” he said.

According to Culture Amp’s research, more than 65 per cent of tech workers are over-stressed by their work. Nearly a quarter of these employees reported being able to make changes to how they work in order to improve their wellbeing, and 82 per cent said they could arrange for time out from work.

This agency to make changes at work coupled with highly stressful work has likely led to the embracing of the concept of quiet quitting, with meaningful work completed within the allotted hours that someone is being paid for.

Coupled with Australia’s unemployment rate hitting record lows, employees now have the leverage needed to ensure they put themselves first when it matters.

It’s important for company leaders to set an example and show that it’s important to set up boundaries from work, Hamman said.

“Leaders need to set an example themselves and talk about how they set boundaries for themselves and have a healthy relationship with work,” she said.

“You often have a lot of founders who have started from scratch and have worked really, really relentlessly for years and may still approach work like that.

“But that’s not realistic to expect employees to have the same work ethic as founders, but they don’t always adjust as a company grows.”

Recent research by Deloitte focusing on Gen Z (under 25yo) and millennial workers (26-41yo) also found a stronger desire for purposeful work, and a willingness to leave a job to find this elsewhere.

The survey found that four in 10 Gen Zs and nearly a quarter of millennials would like to leave their job within two years, and a third would do so without another job lined up.

The survey also found that burnout is high in these age groups, with 46 per cent feeling burnt out due to the intensity and demands of their working environment, and 44 per cent saying that many other people have left their organisations due to workload pressures.

The first step for a tech company is to work out whether this quiet quitting is occurring because employees are uninspired by their work or because they are simply finding a healthier work-life balance.

“You need to understand so much and look at certain pockets of groups and whether it’s a certain role, and look at the stress points,” Hamman said.

“Once you’ve got that you can do more targeted initiatives. You can still give meaningful work, it just needs to be a little more structured.”

This issue is particularly pressing in the tech sector, where the hustle culture is often still prevalent, Hamman added.

“You get caught in this world and in the beginning, you are working right next to the founder and so close and everyone is a part of it and there’s so much meaning from the work you’re doing,” she said.

“You’re doing it for the love and as it grows the role evolves and the companies essentially need to pay attention to that evolution and what it means. People might not be as close to the work and the excitement, and that’s not always a bad thing.”

By Denham Sadler. This article was first published in ACS InformationAge