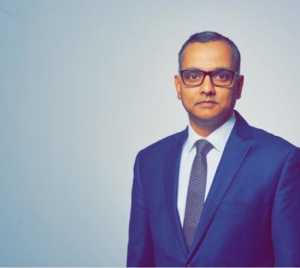 Mayank Prakash FBCS has been announced as the new President of BCS, The Chartered Institute for IT, with a call for governments and businesses to use technology as a force for good.

As BCS’ first President from an Indian ethnic background, Mayank is a keen proponent of exploring the potential offered by technology and making the IT profession inclusive. He was previously recognised as the UK’s most influential IT professional by Computer Weekly and CIO of the Year at the UK IT Industry awards.

Mayank said: “The tragic war in Ukraine has shown how tech is essential to tell the truth to the world but also how it can be used as a weapon for disinformation and cyber aggression.”

“As the professional body for IT, we ask all governments to pursue ethical computing which respects individual privacy to make technology a force for truthful communication and to solve society’s biggest problems – better health, sustainability, education, safety and quality of life. On behalf of leading technology professionals globally who are members of BCS, I would like to convey my sincerest thoughts and support for people affected by the conflict.”

Gillian Arnold FBCS, a Past Chair of BCS Women and Managing Director of tech recruitment and training company Tectre, will become Deputy President.

Mayank, who has mentored several FTSE 100 CIOs and who is currently Group Chief Operating Officer for Tilney Smith & Williamson added: “It is an honour to become president of the professional body for IT at such a critical time when clinical technology advancements have recently helped mankind combat COVID-19 and to continue the inspirational work my predecessor John Higgins has started to influence the promotion of professional standards.

“I am grateful for the support of John and Gillian as we together focus on BCS helping IT professionals grow their careers, recognising the contributions of leading technologists, shaping government policy and promoting professional ethical standards which make all digital, data and security technologists proud.”

Mayank was formerly Chief Digital and Information Officer at the Department for Work and Pensions for the UK government.

Rob Deri, interim Chief Executive at BCS said: “Mayank has made an outstanding contribution to information technology at the highest levels across the public and private sector. As President of BCS, supported by Gillian and John, he will give BCS a powerful voice, representing professionals, academia, tech start-ups, businesses pursuing digitalisation and governments as we pursue making technology good for society.”

“The thanks of our membership community go to outgoing president John Higgins, whose guidance to the executive team on the key strategic themes has been vital to growing our impact.”

Gillian said: “I look forward to working alongside Mayank to focus on diversifying the profession, supporting member communities and closing the digital divide.”

This article was first published on the BCS website.