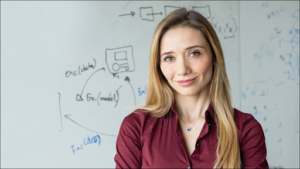 Raluca Ada Popa, University of California, Berkeley, is the recipient of the 2021 ACM Grace Murray Hopper Award for the design of secure distributed systems. The systems protect confidentiality against attackers with full access to servers while maintaining full functionality. Popa’s research provides confidentiality guarantees where servers only need to store encrypted data, processing it without decrypting. Thus, hackers see only encrypted data. Computing on encrypted data, possible in theory, has been prohibitively inefficient in practice. Popa addresses this by replacing generality with building systems for a broad set of applications with common traits, and developing encryption schemes tailored to these application archetypes.

The ACM Grace Murray Hopper Award is given to the outstanding young computer professional of the year, selected on the basis of a single recent major technical or service contribution. This award is accompanied by a prize of US$35,000. The candidate must have been 35 years of age or less at the time the qualifying contribution was made. Financial support for this award is provided by Microsoft. 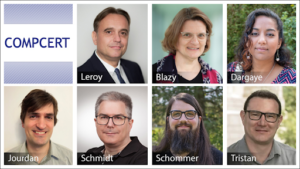 Contributors to the Development of Differential Privacy Receive Kanellakis Award

The ACM Paris Kanellakis Theory and Practice Award honours specific theoretical accomplishments that have had a significant and demonstrable effect on the practice of computing. This award is accompanied by a prize of US$10,000 and is endowed by contributions from the Kanellakis family, with additional financial support provided by ACM’s Special Interest Groups on Algorithms and Computation Theory (SIGACT), Design Automation (SIGDA), Management of Data (SIGMOD), and Programming Languages (SIGPLAN), the ACM SIG Projects Fund, and individual contributions. 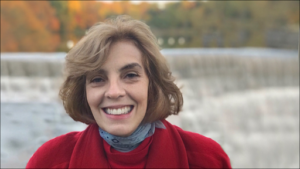 Carla Gomes of Cornell University receives the ACM – AAAI Allen Newell Award for establishing and nurturing the field of computational sustainability and for foundational contributions to artificial intelligence. Gomes is a leader in AI, particularly in reasoning, optimization, and the integration of learning and reasoning. She is the driving force behind the new subfield of computational sustainability, embodying the values of multidisciplinary research and social impact. Her research advances core computer science and AI while establishing rich connections to other disciplines.

The ACM – AAAI Allen Newell Award is presented to an individual selected for career contributions that have breadth within computer science, or that bridge computer science and other disciplines. The Newell award is accompanied by a prize of US$10,000, provided by ACM and the Association for the Advancement of Artificial Intelligence (AAAI), and by individual contributions. 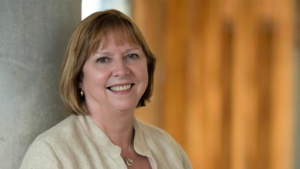 ACM President Gabriele Kotsis has recognized Dame Wendy Hall for her technical contributions that have significantly influenced the development of the Semantic Web and the field of Web Science, her leadership and impact in shaping technology policy and informatics education internationally, and her committed and inspired work to strengthen ACM’s geographically diverse footprint by fostering regional councils to promote ACM activities in China, India, and Europe.