IFIP leaders join with Bulgaria and the international scientific community to pay tribute to former IFIP President, Blagovest Sendov, who died last week at the age of 87 after a short illness. A Bulgarian diplomat, mathematician and politician, Sendov served as President of IFIP from 1989 to 1992.

His funeral, at the National Assembly Building in Sofia, Bulgaria, was attended by hundreds of people – among them senior politicians, diplomats, scientists and academics – who wanted to pay their respects to a man who spent his life in service and leadership.

Born in Asenovgrad on February 8, 1932, Blagovest Sendov graduated “Mathematics” at the Faculty of Mathematics of Sofia University “St. Kliment Ohridski” in 1956, later specialising at Moscow State University and receiving his PhD in 1967. He was elected Professor of Computational Mathematics, in 1974 – Corresponding Member of BAS (Bulgarian Academy of Sciences) and then in 1981, Academician.

Sendov’s contributions were recognised early at his alma mater, Sofia University, where he became the youngest doctor of sciences, the youngest professor and the youngest rector.

His service in academia was impressive. From 1967-1970 he was Deputy Director of the Mathematical Institute with the Computing Center of BAS before serving as Dean of the Faculty of Mathematics at Sofia University from 1970-1973, becoming rector for six years in 1973.

In 1980, Sendov served as Vice-Chairman of the World Peace Council and was also elected Vice-President of BAS the same year, serving as its First Vice-President and Chief Scientific Secretary from 1982-1988 before being named its Chairman (1988-1991).

An eminent statesman and respected politician, Sendov was Chair of Bulgaria’s National Assembly from 1995-97, Deputy Chair from 1997-2002 and also acted as Bulgarian Ambassador to Japan and then the Philippines between 2003 and 2014.

A pioneer in tertiary education, Sendov was first to introduce a three-stage training (bachelor, master and postgraduate student – now doctoral student), at Sofia University’s Faculty of Mathematics, an approach which is now widespread in all universities. In the 1980s, his Problem Group in Education initiative created new methods of teaching based on emerging modern technologies.

Hi academic has been collected in hundreds of publications, including more than 200 scientific works, four monographs, many textbooks and popular articles. 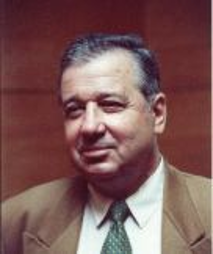 Below is an interview conducted with Blagovest Sendov for IFIP just after his 70th birthday, which provides insights into his philosophy and motivation.

Q: During your tenure as IFIP President what, in your opinion, were the most significant IFIP developments and activities?

Blagovest Sendov: During my tenure as IFIP President, the equilibrium of responsibilities between the national and the expert technical representation in the Federation was maintained. For a long time, there were repeated discussions on the need of a Technical Assembly, in addition to the General Assembly, and the form of participation of Technical Committees chairmen in the GA.

I remember a lunch in San Francisco during the IFIP Congress 1989, when my tenure had just started. The late I.L. Auerbach, the founding President of IFIP, told me “You will be a good President, if you now have an idea who will be your successor.” My answer was “Prof. Rolstadas”.

During my tenure, Mr Plamen Nedkov was involved in the IFIP affairs and this fact speaks for itself.

Q: Are you currently interested in IFIP? If so, are there any developments which you like in particular and you feel should be further encouraged?

Blagovest Sendov: Now I follow the activity of IFIP from a distance, as my occupation does not permit me to stay closer. As the only living Past President from the Former Eastern Bloc, let me witness the fundamental role of IFIP, and some other scientific and technical NGOs, for the peaceful end of the Cold War. IFIP was for me not only a professional society, but also a unique opportunity to make friends in the other world, with which now we are integrated. I see the role of IFIP in the future as a powerful instrument for closing the so-called “digital gap” between the rich and the poor.

IFIP was my University, in which I was a student, teacher and Rector.

Blagovest Sendov: The ultimate tendency to globalization of the world is mainly assisted by the information and communication technologies. I believe that in the long term the world is going to adopt universal values, but will keep the diversity. From its early age, IFIP pays attention to social aspects of information processing. My feeling is that the two categories of information: knowledge and wisdom, are in a growing unbalance in the world. This could be dangerous. What is IFIP’s role in this direction?

Blagovest Sendov: I just turned 70 and in my interviews on this occasion I was asked: “Why did you desert mathematics and become a politician?” My answer was: “It is not true. I am still active in mathematics and I have been a politician for more than 40 years, without ever being a member of any political party.” You have to be politician, if you are President of such a prestigious international structure as IFIP. A Rector also has to be politician.

As a Vice Speaker of the Bulgarian Parliament now, I have interesting time with a close friend, Georgi Parvanov (the President of Bulgaria) and former king Simeon II (the Prime Minister of Bulgaria). My dream is to find time to participate in an IFIP General Assembly to measure the progress of the Federation.