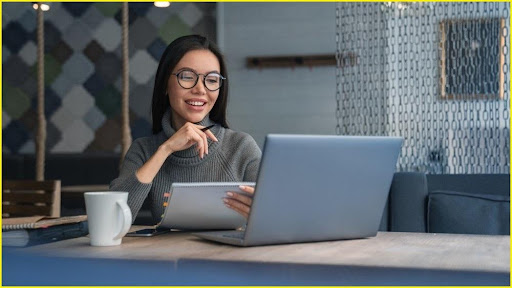 Australian researchers are encouraging security and security-adjacent workers to participate in a census of gender representation that will provide the first accurate understanding of how the country’s workforce compares to global benchmarks.

“By having a baseline and a clearer picture of the actual number of women working in the security industry, this study will allow us to measure the success of initiatives to attract, support, and retain women in the industry,” said Jacqui Loustau, executive director of the Australian Women in Security Network (AWSN), Australia’s peak body advocating diversity in cyber security and co-sponsor of the survey.

Among its outcomes will be a clearer picture of the gender diversity of Australia’s local cyber security sector, which has generally been described using global benchmarks such as the (ISC)2 Women in Cybersecurity study – which produced a widely cited figure that around 24 per cent of cyber security workers are women.

Yet whether the Australian figure is higher, lower, or broadly in line with that figure has never been systemically assessed – and a better understanding of the Australian situation could prove tremendously beneficial in guiding further industry and government policy promoting gender equality in the crucial cyber security sector.

“There is no robust measure of the gender composition of Australia’s security industry, or a clear picture of the types of jobs that women are undertaking and the skills they possess,” said Professor Matt Warren, director of the RMIT University Centre for Cyber Security Research & Innovation (CCSRI), which has partnered with AWSN to manage the project.

“This study will aim to give a more robust and definitive estimate of the gender diversity within the security workforce.”

Tapping Diversity to Fill the Gap

The survey comes amidst a chronic surfeit of cyber security workers in Australia, with industry development body AustCyber’s Sector Competitiveness Plan predicting that the 26,500-worker local industry needs to add an additional 7,000 jobs by 2024.

Diversity has been recognised as crucial to this effort, with ACS Australia’s Digital Pulse report highlighting the importance of diversity that, it found, could potentially create 14,000 new IT jobs per year for the next 20 years.

“If we can build workplaces that support diverse workforces and flexible working conditions… [and] ensure that the IT industry is welcoming of people of all types, then we can also do a much better job of retaining current workers as well as attracting new workers,” said ACS CEO Chris Vein.

For all the efforts to attract women to date, ongoing diversity challenges “suggest that the sector is not operating as optimally as it could,” the RMIT-AWSN survey notes, “given the growing evidence that a more diverse workforce brings greater innovative potential, strategic intellect and problem-solving capacity.”

In a market where CIOs are paying a reported 22 per cent premium to secure “must-have” cyber security staff – and 65 per cent of CIOs plan to hire cyber security staff this year – the industry has embraced a raft of initiatives designed to tap the latent pool of talented women that, figures suggest, been walking away from STEM-related careers in concerning numbers.

Recent initiatives like the Deloitte-backed Cyber Academy, for example, have dangled salaries of $40,000 for students willing to pursue a joint degree-work placement program, while Microsoft and AustCyber last month launched a new traineeship program expected to bring around 200 new workers into the cyber security industry in the next two years.

Universities and industry development bodies have targeted women with scholarships and startup funding, while employers are also looking into ways to upskill developers in security, engage neurodiverse workers, and increase representation of First Nations workers.

“While existing research suggests general ways to expand the sector’s talent pool,” she explained, “there is little focus on gender inequalities and the factors that explain women’s low representation in the sector.

“The insights generated by the research project will be valuable for expanding the sector’s talent pool and equipping it for the growing challenges and demands it faces in the future.”

By David Braue. This article was first published in ACS InformationAge