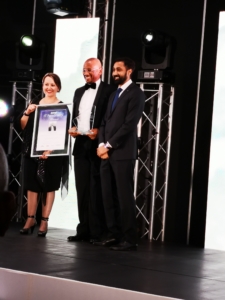 The IT Personality of the Year Award – IITPSA’s oldest award, which is now in its 40thyear – was awarded to Teddy Daka, Group CEO and major shareholder at Etion Limited. A global businessman, academic and philanthropist, Daka turned Etion from a loss-making engineering firm to a profitable AltX-listed digital technology business. He also founded Tedaka Investments and serves as the Global Chair of Aurecon. 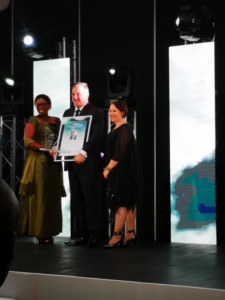 In accepting the award, Daka noted: “I’m just the guy in front. Behind me, there’s a collective of over 400 people at Etion working to enhance humanity through technology.”

Jacques Barkhuizen, Absa CIO for Virtual Channels/Digital Banking, received IITPSA’s Visionary CIO award for 2018.  Barkhuizen’s career spans over 28 years and includes serving as CIO of Deloitte Africa, Global CTO of Investec Bank, and CTO for Woolworths. He currently leads the Absa retail digital transformation journey and has been instrumental in the step change experienced across all digital channels in the past three years, including the world first Chatbanking on WhatsApp.

Barkhuizen also hailed the team behind him, noting on the side-lines of the event: “As a CIO we can all have ideas, but without the team, they stay just that – ideas.”

IITPSA also presented its lifetime award for Distinguished Service in ICT to Dr Jackie Phahlamohlaka, renowned academic, Competency Area Manager at the CSIR and former Chair of Technical Committee 9 (TC9) of the International Federation for Information Processing (IFIP). His work on the use of ICT in peace and war continues to draw much academic interest in South Africa and internationally. 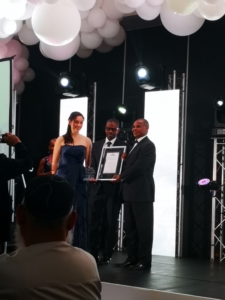 The new Technology Excellence Award, presented to a person or team who has made exceptional or innovative use of technology for an organization, went to Benji Coetzee, founder of EmptyTrips. A Forbes 2018 top female-led technologist, Coetzee launched EmptyTrips in 2017, using AI, network strategies and shared economy principles to pair cargo with empty spaces, democratise freight transport across road, rail, air and sea, and to improve profits and contribute to saving the planet.

The new Social Responsibility/Community Award, for a person, team or project that delivers the benefits of IT on a not-for-profit basis into the community or brings the community into the IT space, was awarded to Project Isizwe, headed by Dudu Mkhwanazi. Project Isizwe is a non-profit that partners with public and private sector organisations to deploy free Wi-Fi hotspots in low-income communities. The organisation pioneered the deployment of the largest free public Wi-Fi network in Africa in Tshwane and connected two mining communities to free Wi-Fi in partnership with Glencore Mine in Emalahleni.

“The winner and all the finalists for the 2018 IITPSA President’s Awards are all unique and inspirational,” said IITPSA President Ulandi Exner. “These are IT’s superheroes.”

IITPSA CEO Tony Parry echoed the sentiment, saying: “All of this year’s finalists are already top achievers in their respective areas.”

The IITPSA President’s Awards were presented in association with ITWeb, the Gordon Institute of Business Science, Gartner South Africa and EngineerIT (EE Publishers).