IFIP TC13 appoints pioneers to honour the greatest contributors to the development and growth of the field of human-computer interaction (HCI) by engaging in the educational, theoretical, technical, commercial or professional aspects of analysis, design, construction, evaluation and use of interactive systems.

IFIP TC13 Pioneer must have contributed in one or several of the four main elements below:

See below for details about each of this year’s winners: 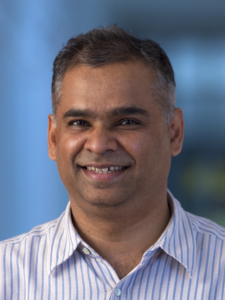 Anirudha Joshi is Professor in the School of Design at the Industrial Design Centre, Indian Institute of Technology Bombay, India. He specializes in designing interactive products for emergent users in developing economies, with a significant focus on Indian users. He has been the Indian representative on IFIP TC13 since 2007, as has served as Vice-chair and Treasurer for TC13. He is a member of the TC13 WG 13.2 on Methodologies for User-Centred Systems Design and WG 13.8 on Interaction Design for International Development. In 2015, he was awarded the IFIP Service Award for contributions to IFIP and the informatics community. He is the current INTERACT Steering Committee chair and was conference chair for INTERACT 2017. He is a true HCI pioneer in India, instrumental in setting the stage for the establishment of the Indian HCI Conference and putting HCI in India on the map in both IFIP and the Association for Computing Machinery (ACM). He was one of the first lecturers to introduce usability and ethnographic user study methods in India. He is the founding director (2013) of HCI Professionals Association of India. 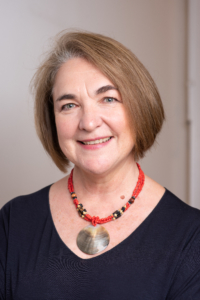 Geraldine Fitzpatrick is Professor of Technology Design and Assessment and Head of the Human-Computer Interaction Group at the Institute for Design & Assessment of Technology, Vienna University of Technology, Austria. She was head of the former Institute of Design and Assessment of Technology between 2011 and 2017. Her research is at the intersection of social and computer sciences to support social interaction using mobile, tangible and sensor-based technologies in everyday contexts. She is very active in the HCI community, particularly in the fields of computer supported cooperative work (CSCW), ubiquitous computing and health IT.  She is the Austrian representative on IFIP TC13 and serves on various advisory and editorial boards, including as associate editor of the CSCW journal. She is an Association for Computing Machinery (ACM) Distinguished Scientist and ACM Distinguished Speaker. She was the general chair of CHI 2019. She is also a well-known speaker on academic leadership with her pod on ‘Changing Academic Life’. 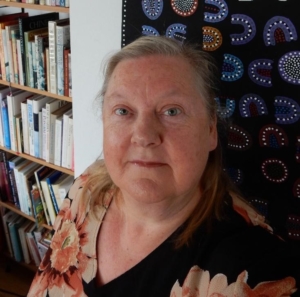 Helen Petrie is Professor of Human-Computer Interaction in the Department of Computer Science at the University of York (UK). She is Vice-chair for Communications for TC13 and Chair of TC13 WG 13.3 on HCI and disability. She originally trained in cognitive and experimental psychology before becoming interested in how people use computers, and why they were so difficult to use. Her research focuses on the design and evaluation of technologies for people with disabilities, especially visual disabilities, and older people. She also has an interest in the design and evaluation of systems for interacting with digital cultural heritage, inclusive and usable security in computing, sustainability and psychological aspects of the introduction and use of new technologies. She has been involved in numerous EU-supported and national research projects, as well as projects for government and industry. She is the co-investigator for the current Digital Creativity Labs Centre of Excellence, taking a multidisciplinary approach to tackling research challenges with a focus on real-world impact. 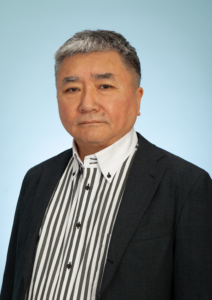 Masaaki Korusu is Professor Emeritus at The Open University of Japan and President Emeritus of The Human-Centered Design Network Organization (HCD-Net), Japan. He was a pioneer in making HCI in Japan visible in the international arena and established many international collaborations. He was the Japanese representative on IFIP TC13 for many years and general chair for INTERACT 2001. His research is at the cross-roads of socio-psychology and technology, and focused on usability engineering, theory of user experience (UX), Kansei engineering, interface design and artefact evolution theory. Based on his career as a usability and UX professional in industry and academia, he proposed the concepts of user engineering, artefact development analysis and experience engineering. He was instrumental in establishing one of the first usability professional certifications in the world through HCD-Net. His latest work on quality characteristics distinguishes between quality in design and quality in use. He is very active in ISO standardisation, especially ISO TC159 SC4 and the WG 6 Committee. He received the IFIP Silver Core Award in 2013. 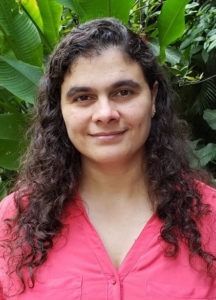 Simone Diniz Junqueira Barbosa was instrumental in making Brazil visible to the international IFIP community. She is Associate Professor at the Department of Informatics, Pontifical Catholic University of Rio de Janeiro, Brazil. She was the head of the Semiotic Engineering Research Group laboratory between 2005 and 2009 and founded the IDEIAS lab in 2010. She was the Brazilian Computer Society’s representative on IFIP TC13 from 2008 to 2013, TC13 expert member from 2013 and is currently the TC13 Vice-chair for Working Groups and Special Interest Groups. She was conference chair for INTERACT 2007 and full papers chair for INTERACT 2015. From 2013 to 2015 she was the chair of the Special Commission for HCI of the Brazilian Computer Society. She has served on the editorial and advisory boards of several journals, including Interacting with Computers,  Journal of Interaction Science, SBC Journal of Interactive Systems and Journal of Software Engineering Research and Development. She is currently Editor-in-Chief of the ACM Interactions Magazine and Associate Editor of the Journal of Computer Languages. She received the IFIP Silver Core Award in 2013.

Congratulations to all the winners. TC 13 is grateful for your extraordinary contributions!