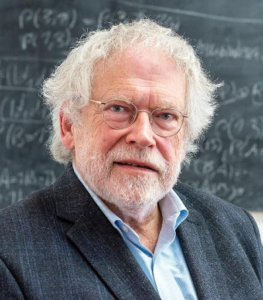 IFIP is based in Austria and shares warm relationships with the Austrian Academy of Science, of which 77-year old Zeilinger was the President until earlier this year.

IFIP President Anthony Wong said Zeilinger’s pioneering work in the transfer of quantum information between photons has enormous implications for developments in quantum computing and will underpin future innovations in technology.

“Anton Zeilinger has long been a trailblazer in the quantum physics space and has played an active role in encouraging other scientists and technologists to think beyond the known and explore new realms of possibilities,” he said.

“He was a key player in the foundation of the Institution of Science and Technology Austria (IST Austri) and also created the Traunkirchen International Academy, which seeks to inspire and motivate school students to consider STEM-related studies and careers.

“I predict we will see many future innovations in quantum computing and other related fields that build on Zeilinger’s discoveries. This recognition is richly deserved,” Mr Wong said.