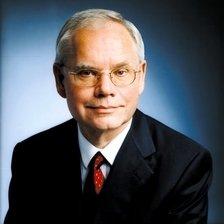 The “Data Protection and IT Security” Working Group of the German Informatics Society (GI) has warmed that moves to drive digital currency and limit cash payments may have implications for privacy, security and freedom.

The European Central Bank (ECB) is pushing ahead with the introduction of a digital euro, testing various approaches and technologies including centralised and decentralised solutions such as distributed ledger technology.

In addition, according to plans of the European Commission, bills should in principle only be paid in cash up to 10,000 euros in order to combat money laundering, organised crime and terrorism. Now, the Federal Minister of the Interior Nancy Faeser has also announced that this upper limit for cash payments will be introduced in Germany.

Professor Hartmut Pohl of GI’s Data Protection and IT Security working group said, “We are extremely critical of the restrictions on cash transactions planned by the German government and EU institutions. Cash caps, plans to introduce a purely digital currency, and a possible abolition of cash have far-reaching consequences for citizens’ informational self-determination and privacy. They harbour the great danger of turning everyone into the proverbial ‘transparent person’. In addition, purely digital currencies pose enormous security risks. How digital currencies can be designed to conform to fundamental rights is a dramatically under-researched topic. Apart from that, it is still unclear whether organised crime and terrorism can actually be tackled by a cashless world,” he said.

The GI Presidium Working Group warns that the planned limitation of cash transactions – and even more so the introduction of a digital currency that can take the place of cash – massively encroaches on informational self-determination and the fundamental right under Article 2 (1) in conjunction with Article 1 (1) of the German Basic Law on the one hand, and on the right to privacy guaranteed in the European Convention on Human Rights and the EU Charter of Fundamental Rights on the other. The more payments are made cashless or in a digital currency, the more opportunities there are for monitoring citizens. Finally, the abolition of cash, which is also being discussed, will make the entire economic activities of each and every individual traceable without gaps and on a personal basis. This could give rise to digital financial structures that run counter to the European understanding of freedom.

Security and Resilience of the Monetary System are Assets Worth Protecting

The GI Executive Committee also sees dangers for the security and resilience of our economic system in a purely digital payment system.

“It is to be welcomed that electronic payment transactions are not left to international financial and technology companies. However, it is not yet possible to predict whether the security of digital currencies can be adequately guaranteed and whether the technology required for this can be adequately controlled, especially in the face of attacks by third parties – for example, by organised crime, terrorism or cybercrime,” said Dr Pohl.

“In addition, purely digital payment systems and currencies would arouse desires on the part of security authorities for access to transaction data. The risks of failure in the event of a disaster or power failure would also increase. According to the report, cash alone offers a certain degree of resilience in crisis situations.”

The Executive Working Group had already called in 2016 for the development of secure, reliable and privacy-compliant electronic payment systems to be strengthened and, in particular, for research into anonymous electronic money to be intensified. In doing so, civil liberties would have to be preserved and requirements for the protection of privacy would have to be met