The China Computer Federation has bestowed honorary membership on ACM’s CEO Vicki Hanson. The CCF Honorary Membership is awarded to people who are not CCF members but made great contributions to CCF, or to collaborations between CCF and other organisations. During the past 10 years of ACM’s collaboration with CCF, Hanson made great efforts to strengthen their relationship, including inviting Turing Award laureates to speak at CCF events; helping to grow ACM membership in China; and, most recently, establishing a joint award for AI.

The Comments, among other points, urged UK authorities to: maximise access to open datasets; require multidisciplinary expert review and risk assessment of data and its collection processes; and include all sectors of society in data access and design. They also afforded the opportunity to “flag” and contextualise for lawmakers Europe TPC’s recent Statement on Essential Principles and Practices for COVID-19 Contact Tracing Applications and June 2020 Comments on the EU Climate Ambition for 2030 and for the Design of Certain Climate and Energy Policies of the European Green Deal.

No timetable for the next phase of the government’s consultation has yet been announced. 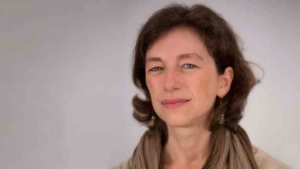 Marie-Paule Cani is a Professor of Computer Science at Ecole Polytechnique. She has contributed to several high-level models for shapes and motion such as implicit surfaces, multi-resolution physically-based animation methods and hybrid representations for real-time natural scenes. She has received many honors from Eurographics and other institutions, and has been the President of Eurographics since 2017. Marie-Paule was the Technical Paper Chair of SIGGRAPH 2017, and has served on the program committees of all major conferences in computer graphics, as well as on the Editorial Boards of major graphic journals. 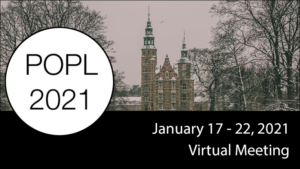 The 48th ACM SIGPLAN Symposium on Principles of Programming Languages features TutorialFest, with sessions on Haskell; Dynamic Data-Race Prediction, Iris — A Modular Foundation for Higher-Order Concurrent Separation Logic; the Intersection of Quantum Computing and Programming Languages; and more. Workshops, conferences and symposia will cover such topics as verification and model-checking; declarative languages; and partial evaluation and program manipulation. 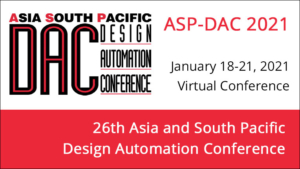 The Design, Automation and Test in Europe conference will include tutorials; a PhD forum; fringe meetings and co-located workshops; BarCamp, and informal interactive space for discussing topics; and a career fair. Friday workshops will cover Automotive Reliability and Test; System-level Design Methods for Deep Learning on Heterogeneous Architectures; Generation and Implementation of an Industry-Grade ASSP Core; Interdependent Challenges of Reliability, Security and Quality; and Autonomous Systems Design.