The Tech Council of Australia and ACS (Australian Computer Society) are looking to build a relationship that benefits the Australian technology sector as the industry continues its rapid expansion.

Since its formation in August, the Tech Council has quadrupled its membership base and successfully publicised the need for more Australian technology workers, an issue ACS has been championing for years.

Tech Council CEO Kate Pounder said the industry organisation – which has members including the Australian arms of US tech giants Microsoft and Google along with local unicorns, Atlassian and Canva – wants to maintain a spirit of collaboration with professional bodies like ACS.

“ACS has done a really great job in this space,” she said.

“It was the first body to recognise how tech workers scattered across our economy have been underestimated in terms of jobs impact, and they’ve done some really pioneering work calculating exactly how many workers there are in Australia.”

In October, the Tech Council published a report, in conjunction with global consultancy Accenture, which found there was need for another 286,000 technology workers in Australia by 2025, a target mirrored in ACS’ Australia’s Digital Pulse 2021.

This focus on using research to inform the agenda is part of why Pounder sees ACS as a natural collaborator with the Tech Council.

“We like how ACS is research driven and there are many areas where our policies overlap, so I think there is a strong alignment in terms of the way we like to go about our work,” she told Information Age.

“We are in a unique position though in terms of the special dynamic between tech employees and companies because they are actually quite aligned.

“They don’t have many of the issues in other industries like exploitation or low wage growth which can mean industry groups and professional bodies can sometimes be at odds.”

This article was first published in the ACS magazine, Information Age. 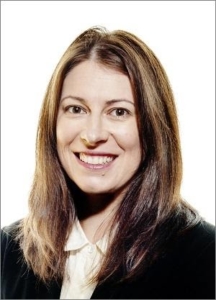 ACS CEO Rupert Grayston agreed that there was a strong alignment between the work of ACS and the Tech Council, saying he was looking forward to future collaboration.

“We’re excited to work closely with the Tech Council in ensuring that the local technology sector keeps growing to benefit both the 800,000 professional workers in Australia and the economy overall.

“Together we can continue Australia’s progress toward being one of the most technologically-advanced countries on Earth.

“It’s equally important that this growth in our sector is combined with developing high levels of ethics and professional standards to minimise the potential harm of increasingly powerful technologies like artificial intelligence.”

Earlier this year, ACS published the Ethics and Risks of AI Decision-Making report which underscored the importance of professional standards when designing and implementing automated processes in corporate and governmental settings.

Similarly, ACS created a world-first data sharing framework designed as a way for organisations to release and use anonymised data without risking it could cause re-identification later down the line.

The efforts were led by outgoing ACS President Dr Ian Oppermann who implemented the research findings in his day-job as NSW Chief Data Scientist when the state began publishing COVID-19 case data at the start of the pandemic.

Pounder said she was a “big fan of the work ACS has done around ethics and the use of data” and that it was important to recognise the value of these standards and research to commercial bodies.

“We have members who run a business-to-business subscription model and have really trusted relationships with their customers,” Pounder said.

“They have huge commercial incentive to use data governance standards and will be more cautious with data because if they use it inappropriately there are real economic consequences.

“I would say the business community is very aligned on this, they take the use of data seriously and want to work out how to apply principles in practical contexts”.