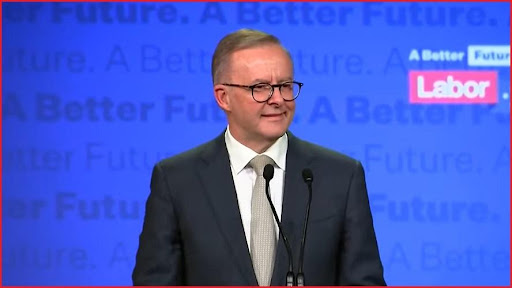 ACS (Australian Computer Society) has welcomed the formation of a new Australian Government after the Labor Party’s election victory on last weekend as it promised training and funding for advanced technologies.

In his victory speech, Labor leader Anthony Albanese, who was sworn in as Prime Minister on Monday morning, said he wanted to “bring Australians together”.

“I want to seek our common purpose and promote unity and not fear,” he said.

“I want to find that common ground where together we can plant our dreams. To unite around our shared love of this country, our shared faith in Australia’s future, our shared values of fairness and opportunity, and hard work and kindness to those in need.”

Albanese further committed his government to the Uluru Statement from the Heart during his speech, along with the creation of a national anti-corruption commission – a promise the previous government failed to deliver – and plans to expand the nation’s renewable energy sector.

During the election campaign Abanese vowed to achieve 1.2 million technology workers in Australia by 2030, a target that would be reached in part by 450,000 fee-free TAFE places and the creation of an extra 20,000 university placements.

At the time, ACS was critical of that policy not being ambitious enough – forecasting the country is already on target to hit the 1.2 million tech worker mark by 2027 regardless – but has welcomed the new government’s focus on creating an advanced economy, especially through its $15 billion National Reconstruction Fund.

“Labor’s plans to build Australia’s advanced manufacturing sector will require a strong national investment in digital skills as well as incentives for business to invest in emerging technologies, and we look forward to working with the government in achieving this.”

Other pre-election promises included giving 90 per cent of fixed-line premises the option of hooking up to a gigabit NBN by 2025, ending a widespread reliance on consultants and contractors in the public service, and changes to the Fair Work Commission that would build in national protections for gig economy workers.

This article was first published on the ACS website.