Australian tech job numbers continue to boom, with over 1.2 million people expected to be working in the sector by 2027, according to the new ACS Australia’s Digital Pulse 2022 report released in mid-July.

Digital Pulse 2022 reveals technology jobs are paying better than equivalent industries and proposes ways the nation can address the chronic IT worker shortage, including boosting the sector’s diversity and building the skills pipeline.

The report found the nation’s tech workforce grew by 8 per cent over the previous year, with over 870,000 Australians now working in IT roles. By comparison, the workforce as a whole only grew 3.4 per cent.

In the next five years the sector will employ over 1.2 million Australians, with the workforce having an average annual growth rate of 5.5 per cent.

Launching the report, Senator Nita Green, Senator for Queensland and Special Envoy for the Barrier Reef, said: “the technology workforce is less gender diverse with women only making up 31 per cent of the workforce. As the report says, boosting the sector’s diversity, not just in gender is a relatively quick and reliable way to start addressing the talent shortage.

“This year, the share of women in technology occupations increased by 1.86 per cent to 31 per cent, the highest level since the digital pulse report was launched in 2014. So it’s a start, but we do need to do better.”

Improving diversity in the technology workforce could increase the number of full-time equivalent roles by nearly 14,000 per year on average for the next 20 years.

In the report, ACS recommends seven measures to address the skills shortfall:

ACS President Dr Nick Tate said: “This year’s Digital Pulse report is the eighth we have released and each has had the consistent message that we need to improve the nation’s digital skills pipeline.

“By 2027, Australia will need over 1.2 million IT workers to fulfil the nation’s technology needs. If businesses and governments want Australia to lead to the world in this space, we have a lot of work to do.

John O’Mahony, Partner at Deloitte Access Economics and co-author of the Digital Pulse series added: “Australia’s tech workforce growth has been astonishing – we will soon have one million tech workers in this country.

“Individuals can earn, on average, an extra $11,000 every year in salary in tech occupations compared with other professional occupations. If we can boost diversity in the technology workforce it could be worth over $20 billion to our economy over the next two decades.”

ACS CEO Chris Vein said: “If we can build workplaces supporting diverse workforces and flexible working conditions, we can do a much better job of retaining current workers as well as attracting new workers.

“This year’s Digital Pulse report outlines the opportunities the technology sector offers to Australians. As we outlined in our election platform, technology is essential in keeping industry and the economy growing.”

The 2022 Digital Pulse can be downloaded here. 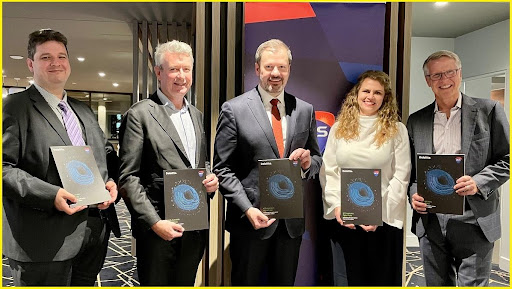