Congratulations to Steve Godbee and all the Fellows for being recognised for their service to the Australian ICT sector. 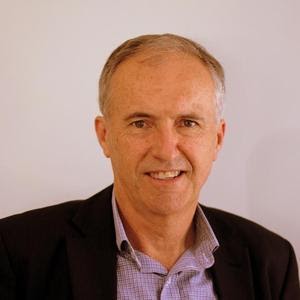 IBM Australia’s CIO, Steve Godbee, has contributed to the ACS with distinction for over 15 years. He was appointed as Director of the Member Lifecycle Board from 2007 to 2011. During this time, Steve was instrumental in driving significant changes and programs that have transformed ACS to this day, including the Professional Partner Program and Open Membership.

From 2006 to 2013, Steve served on the NSW Branch Executive Committee. He then led the Professional Standards Board as Director in 2016, followed by Director of the Professional Advisory Board in 2017, ensuring a smooth transition from one structure to another.

Steve has played an integral role in the ACS Digital Disruptors Awards and in 2018 was appointed as the Chief Judge. He has also been a long-standing contributor to both the Professional Standards Committee and Business Assurance Committee. Across his tenure, Steve has used his personal profile to promote ACS, including being the first spokesperson for Certification.

Dr Kenneth Price has made a distinguished contribution to the field of ICT education for school-aged children, at the forefront of bringing new ideas and curricula into ICT education at a state and national level over four decades. He is passionate about including the incorporation of life-long, transferable problem-solving skills and the social, economic, and ethical impacts of digital technology.

During his career, Dr Price actively continued his research into the role of computing within the STEM area, enriching the materials and approaches used to support teachers in order to enable them to remain current with this rapidly changing topic. He was particularly valued as a mentor among his peers and for over two decades maintained an online support community for Tasmanian ICT teachers.

Dr Price was a member of numerous ICT education bodies at many levels including state (TASITE), national (Australian Council for Computers in Education board), and international (Computer Science Teachers Association).

Professor Ghassan Beydoun has made a distinguished contribution to ICT in software development. He is an internationally recognised researcher in complex information systems development processes and has published more than 160 journal and conference papers in this area.

Professor Beydoun has been a leader in Academia in various roles, including as the IT cluster chair at University of Wollongong, and as the Deputy Head of School at UTS, where he was instrumental in the transformation of the school to become research-intensive.

He is acknowledged for his leadership and expertise within the SME community in the field of information systems has served with distinction on high-impact journals and has supervised many prominent and emerging future leaders in doctoral completions and senior research accomplishments.

Professor Guandong Xu is recognised for his distinguished contribution to ICT for his work in data analytics, developing algorithms used to predict behaviour. These, when applied across a diverse range of applications in business decision-making for the commerce industry and government, led to hugely significant savings in cost and efficiency which have had far-reaching benefits to the Australian economy.

His research into human behaviour patterns used artificial intelligence and machine learning which revolutionised the way, for example, risk analysis, business processes, and customer-based financial transactions were understood and changed the way such applications were deployed in a digital environment.

Professor Xu’s interest in Data Science extended beyond the use that can be made of his research into supporting education as Chair of the IEEE’s Committee’s Educational Data Mining Task Force and sitting on the editorial board of several prestigious international journals.

Dr Morris Fedeli made a significant contribution to ICT as a pioneer of technology initiatives who was the first to bring them to market. In 2004 in Queensland, he was the founding director of Satellite & Wireless Pty Ltd. In 2005, in the Philippines, he leveraged his expertise from his Australian operations and deployed the first wireless ISP service. This was in partnership with the national carrier, RJ Holdings DZRJ-TV, and used its national terrestrial footprint of towers for transmission.

Leading Odyssey World Pty Ltd from 1992-2008, Dr Morris continued to develop innovative business models and technologies including e-commerce solutions. He enabled the first pizza delivery from an online order in Australia long before this became the common occurrence it is today.

Nigel Chartres’s distinguished contribution to ICT has been to envision and deliver the use of ICT to completely transform the way that users accessed various health-related services first in West Australia, and then nationally.

His leadership and ability to achieve organisational change in the pursuit of a single doorway to government services led to systems such as the ‘Online WA Program’ and established a yardstick for ICT reform in healthcare. To achieve this, he established digital pathways in areas where no such systems previously existed, opening routes between the many entities in healthcare and government. He thus demonstrated possibilities that shaped ICT reform across all levels of government bureaucracies.

Nigel is acknowledged for bringing together stakeholders, industry professionals, and government departments at the national level in the reform of digital and online health care systems and data management.

Dr Susilo has been acknowledged as one of the top cyber security researchers in the world. As a senior academic and Head of School at the University of Wollongong, he has led initiatives which have profoundly enhanced the standing of ICT within the Australian research landscape. These include a revamp of the curricula that have enhanced its appeal to a greater diversity of applicants.

Gavin Keeley has made a distinguished contribution to the field of ICT as co-founder of a digital careers program (known as Group X) that led to a 60 percent increase in ICT enrolment at the University in Queensland. This became a national program in 2013 and has since had participation from millions of school students, thousands of teachers and supported the public debate about STEM.

His research, and lobbying government for seven years, led to the establishment of an undersea fibre optic connection direct to the internet from the Sunshine Coast. Finally commissioned and operational in March 2020, the network provides Australia’s fastest, most affordable international data connection to Asia from the east coast.

Gavin also co-founded the Silicon Coast group in 2014. It has over 2,000 members and drives collaboration to support the growth of the Sunshine Coast Digital Economy as the leading representative body for entrepreneurship, innovation, and technology.

Dr Asheley Jones is internationally recognised as an agent of change in ICT education and workforce development, both as an educator and as a thought leader in the education industry. She pioneered the application of the Skills Framework for the Information Age (SFIA) delivering ICT curriculum and workforce transformation across corporate Australia and the higher education sector.

Dr Jones is acknowledged as a leader in the development of outcome-based microcredential frameworks including digital literacy and SFIA aligned ICT post-graduate credentials as well as for building outcome-based assessment to provide formal education pathways into Masters of IT Leadership programs.

Her expertise has been recognised by her appointment as an accredited expert for the Australian Tertiary Education Quality and Standards Agency and as Head of the Council of Professions Australia Education and Accreditation portfolio. Within ACS, Dr Jones led the highly applauded Professional Year curriculum redesign.