A nine-member research team from Chinese and American institutions was awarded the 2020 ACM Gordon Bell Prize for introducing Deep Potential Molecular Dynamics (DPMD), a new machine learning-based protocol that can simulate a more than one nanosecond-long trajectory of over 100 million atoms per day. They were recognised for their project, “Pushing the limit of molecular dynamics with ab initio accuracy to 100 million atoms with machine learning.”

The 2020 ACM Gordon Bell Special Prize for High Performance Computing-Based COVID-19 Research was presented to a 12-member team for their project “AI-Driven Multiscale Simulations Illuminate Mechanisms of SARS-CoV-2 Spike Dynamics.” The Prize is being awarded in 2020 and 2021 to recognise an outstanding research achievement toward the understanding of the COVID-19 pandemic through the use of high performance computing.

Both awards were bestowed during the virtual SC20 conference. 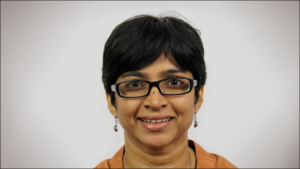 The ACM India Council has named Dr Ranjita Bhagwan as the recipient of the 2020 ACM India Outstanding Contributions in Computing by a Woman Award.

The ACM India OCCW Award recognises women professionals who have made fundamental, innovative and impactful contributions to the computing field primarily working in India. The award carries a prize of ₹7 lakhs. Financial support for this award is provided by Google.

Ranjita is recognised for “her contributions to design of networking and distributed systems, particularly using data and machine learning to improve system design, mentoring young researchers, and being an inspiration to women in research and technology.” She has helped put Computer Systems research in India on the global map, especially with regard to Machine Learning for Computer Systems Engineering. She has served both the academic and industrial communities by providing thought leadership, organising conferences and mentoring young researchers including women engineers.

Ranjita is currently a Senior Principal Researcher at Microsoft Research India. Her academic credentials include a BTech in Computer Science and Engineering from Indian Institute of Technology, Kharagpur followed by MS and PhD in Electrical and Computer Engineering from University of California, San Diego. 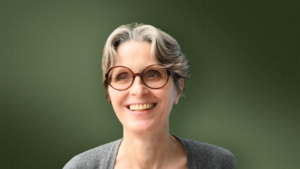 Valérie Issarny is a Director of Research at the National Institute for Research in Digital Science and Technology (Inria), France. Her research interests include middleware solutions for distributed collaborative services, including mobile services deployed over smartphones that interact with sensors. Issarny’s honors include being recognised as one of the “12 Etoiles de l’Europe,” an award bestowed by the French Ministry of Research, in recognition of her work developing emergent middleware for the FP7 ICT FET IP CONNECT project. In 2014, she was made a Knight of France’s Legion d’honneur for her contributions to higher education and research.

Read an interview with Valérie. 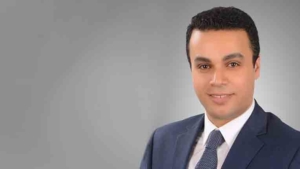 Mohamed Elhoseny is an Assistant Professor at the Faculty of Computers and Information, Mansoura University, where he is also the Director of the Distributed Sensing and Intelligent Systems Lab. He has authored or co-authored many journal articles, and authored or edited conference proceedings, book chapters, and books. His research interests include smart cities, network security, artificial intelligence, internet of things and intelligent systems. Mohamed serves as the Editor-in-Chief of the International Journal of Smart Sensor Technologies and Applications and is an associate editor of journals such as IEEE A

The theme for this year’s SIGGRAPH Asia is “Driving Diversity,” where a diverse group of worldwide technical and artistic contributors will connect with and inspire new communities through tracks including Frontiers workshops, courses, emerging technologies, art gallery, games, Computer Animation Festival and much more. Academy Award-winning animator Glen Keane and Paul Franklin, VFX Supervisor and Creative Director at DNEG, will keynote. 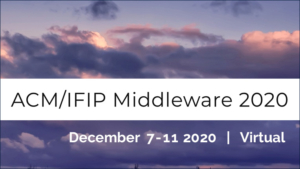 The annual ACM/IFIP Middleware Conference is a major forum for the discussion of innovations and recent scientific advances of middleware systems with a focus on the design, implementation, deployment, and evaluation of distributed systems, platforms and architectures for computing, storage, and communication. Highlights will include a technical program, invited speakers, an industrial track, panel discussions involving academic and industry leaders, poster and demonstration presentations, a doctoral symposium, and tutorials. Workshops will address Adaptive and Reflexive Middleware; Container Technologies and Clouds; Distributed Infrastructure for Common Good; and much more. 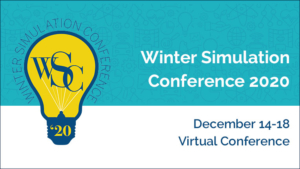