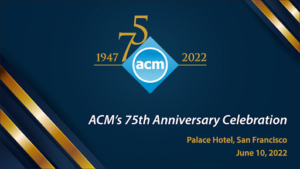 ACM’s 75th Anniversary Celebration was held June 10 in San Francisco. This memorable occasion was not only a remembrance of ACM’s past, but of its current and future endeavors with a full day of panels and speakers discussing some of the most significant topics in computer science and research, which you can now view on demand here. 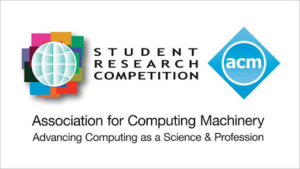 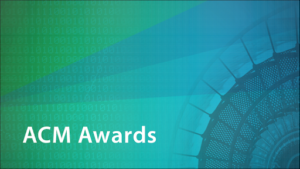 Each year, ACM recognises technical and professional achievements within the computing and information technology community through its celebrated Awards Program. The first, most vital step in the process is the nomination of candidates whose work exemplifies the best and most influential contributions to our community, and society at large. ACM seeks your help in generating nominations for our 2022 Awards.

As you contemplate who might be nominated for various ACM awards, please consider ACM’s commitment to diversity, equity and inclusion. This commitment includes multiple aspects of diversity such as age, race and ethnicity, gender and sexual orientation, nationality, physical ability, thinking style and experience. We encourage all potential nominators to take these factors into consideration when nominating. Candidates need not be ACM members to be nominated

Please forward the ACM Awards Call for Nominations to your network through distribution lists, related organisations, and individual contacts to help ensure that deserving candidates are nominated.

ACM’s award committees evaluate the contributions of candidates for various awards that span a spectrum of professional and technological accomplishments. For awards presented at the annual June banquet, the deadline for award nominations is December 15, 2022. Refer to the award nominations page for nomination guidelines and the complete listing of Award Subcommittee Chairs and Members. 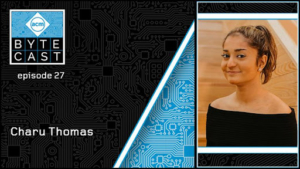 In this episode of ACM ByteCast, our special guest host Scott Hanselman (of The Hanselminutes Podcast) welcomes Charu Thomas, Founder and CEO of Ox. Thomas is an entrepreneur, researcher, and hacker. Her honors and recognitions include the ACM International Symposium on Wearable Computers (ISWC) 2018 Best Paper award, Forbes 30 Under 30, TechCrunch’s SF Disrupt Top Pick in Retail/E-commerce, winner of the Atlanta Startup Battle 3.0, and Collegiate Inventors Competition Finalist.

Thomas shares how she got interested in wearable computing while pursuing a degree in Industrial and Systems Engineering at Georgia Tech. She explains how her research with Thad Starner, the inventor of Google Glass, led her to develop an augmented reality platform for order picking, and a vision to build the tools retailers need to transform their brick-and-mortar stores into micro-distribution centers. Thomas highlights some people who have been instrumental in her journey from student to CEO, and some of the tools and tricks she’s learned along the way. 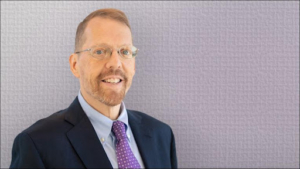 David A. Bader is a Distinguished Professor and a founder of the Department of Data Science and Director of the Institute for Data Science at New Jersey Institute of Technology. His research interests are at the intersection of high-performance computing and real-world applications, including cybersecurity, massive-scale analytics, and computational genomics.

Bader serves as Editor-in-Chief of ACM Transactions on Parallel Computing (TOPC). He was selected as an ACM Fellow for contributions to high-performance computing systems, graph analytics, and technical leadership in parallel computing. He is also a Fellow of the Society of Industrial and Applied Mathematics (SIAM), the American Association for the Advancement of Science (AAAS), and the Institute of Electrical and Electronics Engineers (IEEE). Bader received the 2021 IEEE Sidney Fernbach Award for the development of Linux-based massively parallel production computers and for pioneering contributions to scalable discrete parallel algorithms for real-world applications. In his interview, Bader discusses his work in high-performance computers, leading a team to develop streaming algorithms for graph data, and graphic analytics. 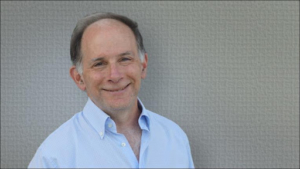 James “Jim” Larus is a Professor and former Dean of the School of Computer and Communication Sciences at EPFL (École Polytechnique Fédérale de Lausanne) in Switzerland. Earlier in his career, Larus was a researcher, manager, and director in Microsoft Research for over 16 years and a faculty member at the University of Wisconsin, Madison. Larus has published over 100 papers (with nine best and most influential paper awards), received over 40 US patents, and is co-author of the book Transactional Memory. His honors include receiving a National Science Foundation Young Investigator Award and being selected as an ACM Fellow for contributions to programming languages, compilers, and computer architecture.

In July 2022, Larus will begin a five-year term as Editor-in-Chief (EiC) of Communications of the ACM (CACM), ACM’s flagship magazine. He succeeds Andrew Chien, a professor at the University of Chicago, who was the EiC of CACM since 2017. In his interview, Larus discusses his work as Director of the Very-Large Scale Computing Lab (VLSC), creating the MIPS processor simulator SPIM, and his goals as EiC of CACM. 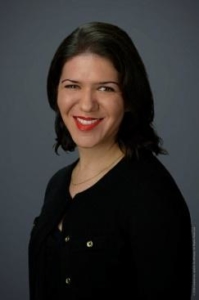 Lauren Maffeo has reported on and worked within the global technology sector covering tech trends for The Guardian and The Next Web from London. Today, Maffeo works as an associate principal analyst at GetApp, where she covers the impact of emerging tech like AI and blockchain on small and midsize business owners. In 2017, Maffeo was named to The Drum’s 50 Under 30 list of women worth watching in digital. That same year, she helped organize Women Startup Challenge Europe, which was the continent’s largest venture capital competition for women-led startups. She has served as a mentor for Girls in Technology’s Maryland chapter, and DCA Live included her in its 2018 list of “The NEW Power Women of Tech.” Maffeo was also shortlisted for the Future Stars of Tech Award in AI and Machine Learning by Information Age in 2019. Her lecture topics include “Erase Unconscious Bias From Your AI Datasets.” She is available to speak through the ACM Distinguished Speaker Program. 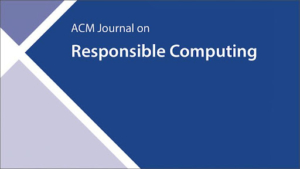 The ACM Journal on Responsible Computing (JRC) will publish high-quality original research at the intersection of computing, ethics, information, law, policy, responsible innovation, and social responsibility from a wide range of convergent, interdisciplinary, multidisciplinary, and transdisciplinary perspectives. We welcome papers using any or a combination of computational, conceptual, qualitative, quantitative, and other methods to make contributions to knowledge, methods, practice, and theory, broadly defined. Editor-in-Chief Kenneth R. Fleischmann is a Professor and Director of Undergraduate Studies at the University of Texas at Austin School of Information.