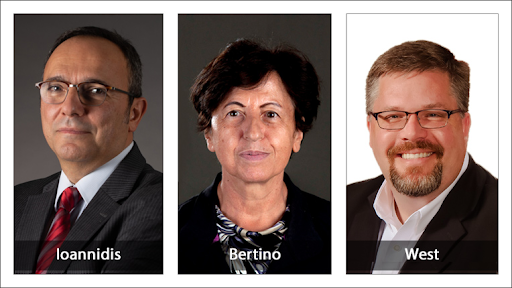 ACM, the Association for Computing Machinery, has elected Yannis Ioannidis as President for a two-year term beginning July 1 2022.

Ioannidis is a Professor of Informatics & Telecom at the University of Athens, Greece and a Fellow of ACM and IEEE. An ACM member since 1983, he has served as ACM Secretary/Treasurer (2018–2020), SIGMOD Chair (2009–2013) and Vice-Chair (2005–2009), and as a member of the ACM Europe Council, the SIG Governing Board Executive Committee, and the ACM Publications Board.

He currently serves on the ACM Digital Library Board, is a CACM associate editor, the faculty advisor of the ACM Student Chapter of his university, and will chair the ACM Europe Council Working Group on summer schools, having organised the Council’s first three summer schools on the topic of Data Science. In 2017 he received the ACM SIGMOD Contributions Award.

The President, Vice President and Secretary/Treasurer each serve two-year terms from July 1, 2022 to June 30, 2024.